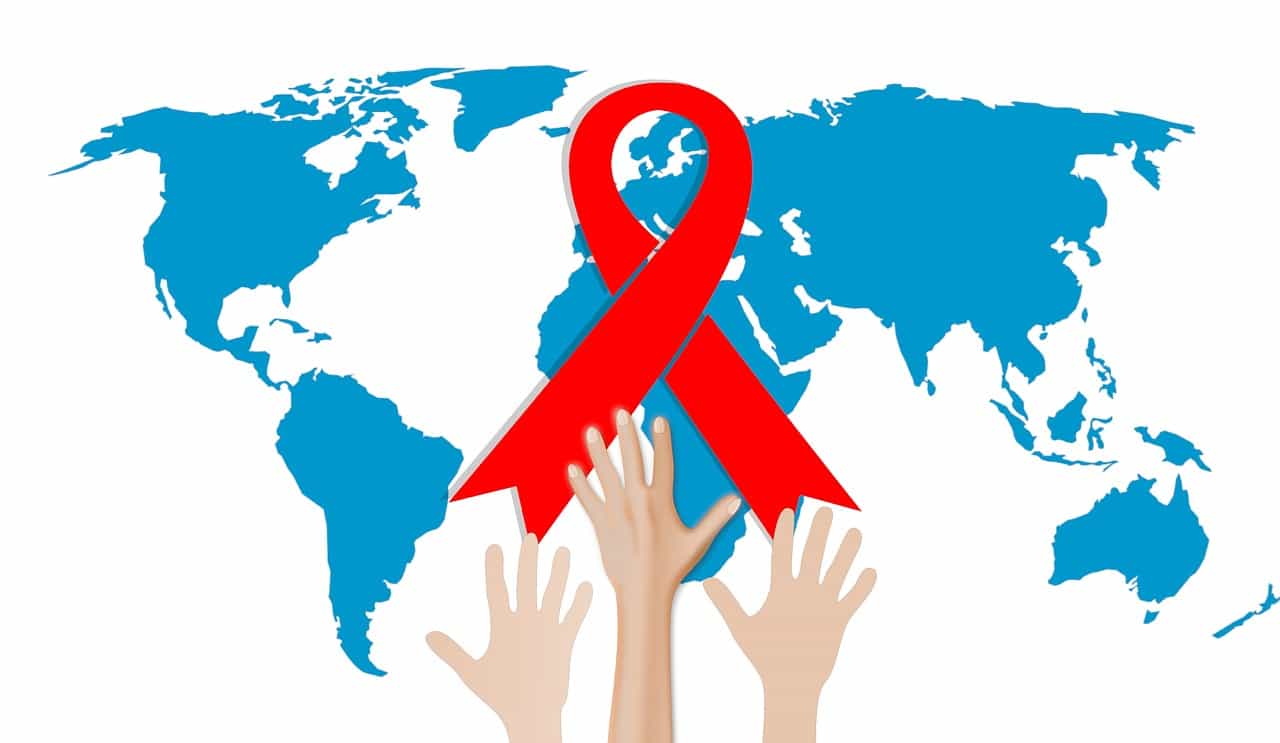 75.7 million: People have become infected with HIV since the start of the epidemic.

32.7 million: People have died from AIDS-related illnesses since the start of the epidemic.

67%: Percentage of people – living with HIV – who have had access to treatments (73% of female adults, just 61% of male adults)

85%: Percentage of pregnant women – living with HIV – had access to antiretroviral medicines to prevent transmission of HIV to their child in 2019.

– 52%: reduction in new HIV infections among children since the year 2010

What about HIV and COVID-19?

From a new analysis carried out by UNAIDS, the current COVID-19 pandemic could also have harmful effects on the distribution of antiretroviral drugs around the world. Especially in the poorest countries, the production and distribution of medicines are encountering difficulties, with the effect of increasing costs and supply problems. It is estimated that the final cost of antiretroviral medicines (exported from India) could increase between 10% and 25% compared to normal prices.

Choosing a hearing aid isn’t easy, especially if you’ve never used one. They come in different shapes, colors and levels of technology.The first factor in determining which hearing aid to choose is your hearing loss, which could range from very mild to severe. Next, you need to know what you would like it to be… END_OF_DOCUMENT_TOKEN_TO_BE_REPLACED

Small lymphocytic lymphoma (SLL) is a cancer of the immune system. It affects infection-fighting white blood cells called B cells. SLL is a type of non-Hodgkin’s lymphoma, which along with chronic lymphocytic leukemia (CLL) indicates the same type of disease, treated the same way. Whereas in SLL, the cancer cells reside primarily in the lymph… END_OF_DOCUMENT_TOKEN_TO_BE_REPLACED

Diabetes Epidemiology Diabetes is a very common disease. New updated data from the new International Diabetes Federation (IDF) Diabetes Atlas show that more than 34 million Americans have diabetes (1 in 10 individuals), of whom approximately 90-95% have type 2 diabetes. In UK the situation is slightly better: with nearly 4 million sufferers, about one… END_OF_DOCUMENT_TOKEN_TO_BE_REPLACED

Small lymphocytic lymphoma (SLL) is a cancer of the immune system that affects the white blood cells that fight infection, called B cells. SLL is a type of non-Hodgkin’s lymphoma, as is chronic lymphocytic leukemia (CLL). Both cancers are basically the same disease, and are treated in almost the same way. The difference between the… END_OF_DOCUMENT_TOKEN_TO_BE_REPLACED