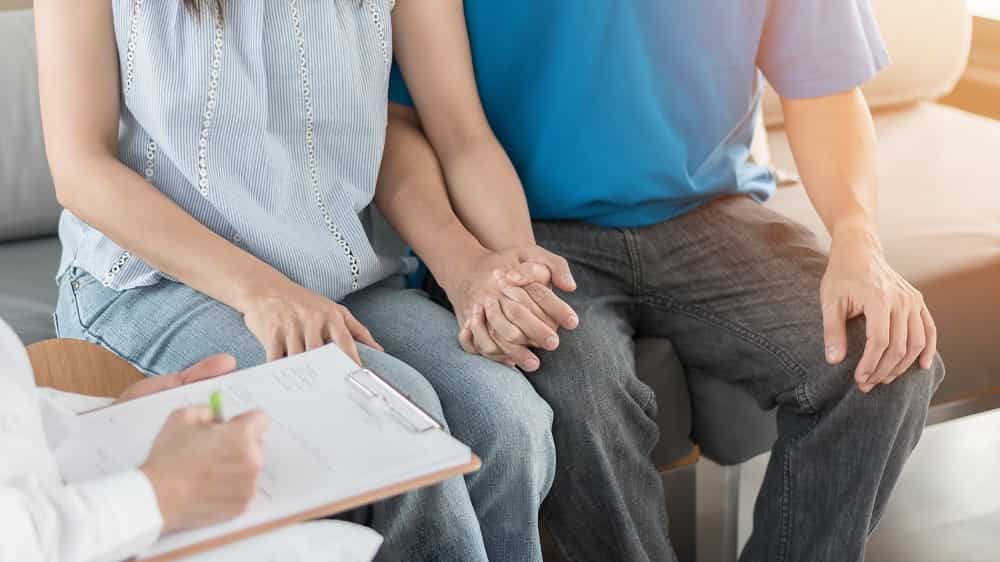 The timing with which sexual infection symptoms can develop is in the range of a few days or weeks, although such signs may in some cases appear late, up to a few months or even years later.
Therefore, it is worth remembering that, precisely because of the possibility that such symptoms do not appear at all, there is always a minimal chance of infection, if the sexual behaviors adopted have not always been 100% controlled. For this reason, it is important to go to a sexual health clinic, or to your general practitioner, for a completely free and confidential checkup.

Of course, symptoms vary depending on the specific sexual infection diagnosed in the patient.

In the case of chlamydia, which is asymptomatic in at least half of cases (up to 70% for women), symptoms occur one to three weeks later. Vaginal discharge or discharge from the penis; pain when peeing; vaginal bleeding between periods or after sex; pelvic pain for women and testicular pain for men. In the case of genital herpes, symptoms of infection occur over the next 4-7 days, with itching and then blistering around the genitals, and pain when peeing. In the case of genital warts, symptoms begin after about a month, up to several years after contact with the virus. Symptoms include: small, fleshy, painless or slightly itchy growths on the genitals or anal area. Gonorrhea manifests itself after at least two weeks, with yellowish or greenish discharge from the genitals, and pain during urination. Symptoms of scabies, if you have not previously contracted it, take over a month to appear. In case you have already had it, you will experience genital itching and eruptions of red spots after a few days. Syphilis symptoms take two to three weeks to appear, with one or more small painless genital sores or a patchy rash and flu-like symptoms.

Choosing a hearing aid isn’t easy, especially if you’ve never used one. They come in different shapes, colors and levels of technology.The first factor in determining which hearing aid to choose is your hearing loss, which could range from very mild to severe. Next, you need to know what you would like it to be… END_OF_DOCUMENT_TOKEN_TO_BE_REPLACED

Small lymphocytic lymphoma (SLL) is a cancer of the immune system. It affects infection-fighting white blood cells called B cells. SLL is a type of non-Hodgkin’s lymphoma, which along with chronic lymphocytic leukemia (CLL) indicates the same type of disease, treated the same way. Whereas in SLL, the cancer cells reside primarily in the lymph… END_OF_DOCUMENT_TOKEN_TO_BE_REPLACED

Diabetes Epidemiology Diabetes is a very common disease. New updated data from the new International Diabetes Federation (IDF) Diabetes Atlas show that more than 34 million Americans have diabetes (1 in 10 individuals), of whom approximately 90-95% have type 2 diabetes. In UK the situation is slightly better: with nearly 4 million sufferers, about one… END_OF_DOCUMENT_TOKEN_TO_BE_REPLACED

Small lymphocytic lymphoma (SLL) is a cancer of the immune system that affects the white blood cells that fight infection, called B cells. SLL is a type of non-Hodgkin’s lymphoma, as is chronic lymphocytic leukemia (CLL). Both cancers are basically the same disease, and are treated in almost the same way. The difference between the… END_OF_DOCUMENT_TOKEN_TO_BE_REPLACED