Lung cancer: the latest key statistics in the U.S. 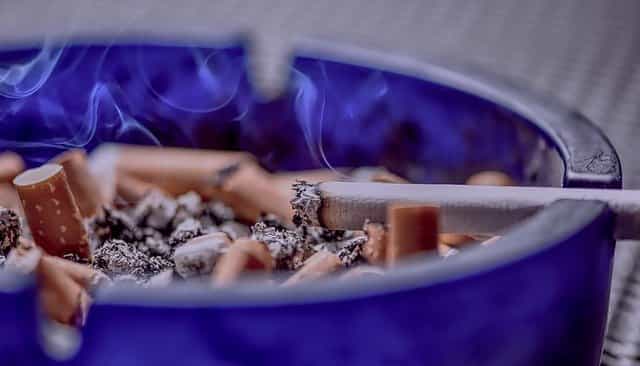 Category: Archive
Tag: #diseases #wellness #Wellness Diseases Cancer Lung cancer
Share:
Lung cancer is the second most common cancer not just in men, after prostate cancer, but also in women, after breast cancer. For the current year, the American Cancer Society estimates approximately 228,820 new cases of lung cancer (50.8% men), with 135,720 deaths (53.7% men) in the United States. Unfortunately, among the various forms of cancer, the one that affects the lung cancer is by far the main one for lethality: it represents 25% of cancer deaths, between men and women. Suffice it to say that, every year, the people who die because of it exceed the sum of those who die from colon, breast and prostate cancer combined. On a positive note, lung cancer mainly occurs in older people, 65 or older. It is rarely diagnosed in people under the age of 45; the average age of the diagnosed population is about 70 years. Not only that, the number of new cases (but also of deaths from lung cancer) is continuously decreasing, thanks to the cessation of smoking, the progress made thanks to early diagnosis and the improvement of treatments. What’s the real chance of getting it?

As for the probability of contracting lung cancer, considering both smokers and non-smokers, the possibility of developing it in the course of life is about 1 in 15 for men; slightly less for women (1 in 17). It has been found that black men are about 15% more likely to develop lung cancer than whites; in contrast, black women are 14% less likely than white women. If over the last few decades the incidence rate of lung cancer has decreased significantly, it must be said that this trend is mainly noticeable in men: this explains the reason why the man-woman gap is progressively narrowing. Although the overall risk of lung cancer is higher, black men are less likely to develop SCLC than white men.

Choosing a hearing aid isn’t easy, especially if you’ve never used one. They come in different shapes, colors and levels of technology.The first factor in determining which hearing aid to choose is your hearing loss, which could range from very mild to severe. Next, you need to know what you would like it to be… END_OF_DOCUMENT_TOKEN_TO_BE_REPLACED

Small lymphocytic lymphoma (SLL) is a cancer of the immune system. It affects infection-fighting white blood cells called B cells. SLL is a type of non-Hodgkin’s lymphoma, which along with chronic lymphocytic leukemia (CLL) indicates the same type of disease, treated the same way. Whereas in SLL, the cancer cells reside primarily in the lymph… END_OF_DOCUMENT_TOKEN_TO_BE_REPLACED

Diabetes Epidemiology Diabetes is a very common disease. New updated data from the new International Diabetes Federation (IDF) Diabetes Atlas show that more than 34 million Americans have diabetes (1 in 10 individuals), of whom approximately 90-95% have type 2 diabetes. In UK the situation is slightly better: with nearly 4 million sufferers, about one… END_OF_DOCUMENT_TOKEN_TO_BE_REPLACED

Small lymphocytic lymphoma (SLL) is a cancer of the immune system that affects the white blood cells that fight infection, called B cells. SLL is a type of non-Hodgkin’s lymphoma, as is chronic lymphocytic leukemia (CLL). Both cancers are basically the same disease, and are treated in almost the same way. The difference between the… END_OF_DOCUMENT_TOKEN_TO_BE_REPLACED