Fibre optic connections in the enterprise: what are the benefits? | Payitless.com
Menu

Fibre optic connections in the enterprise: what are the benefits? 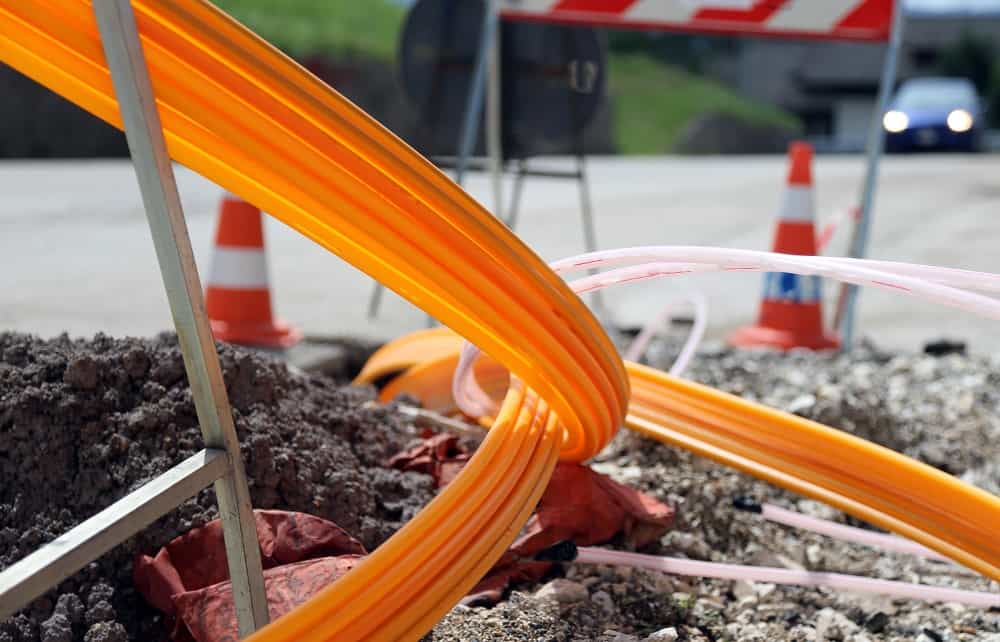 Upgrading to fibre optics is now the best possible investment for IT connections in business settings. Are there any particular disadvantages to adopting this connection technology? Or, are the costs still high? We give answers to the main questions about the adoption of fibre optics in the company, we will understand together what are the advantages for your business!

A recent research conducted by Sandisk has ascertained that a poor and slow Internet connection can cost up to one week of work per year, although the time “lost” waiting for downloads or uploads due to a slow network may seem limited. The Internet connection a company has should never limit its productivity; on the contrary, it should be the tool that panders to production flows and speeds execution. Fibre optics is much faster than a traditional copper cable, reaching transmission speeds of 100Gbps, making it by far the highest-performing solution among the various connection types.

A consequence of the first point, fibre optics allows faster access to the cloud. From customer management systems (CRM) to data storage, the cloud is an important business tool for many functions. The speed and bandwidth of fibre translates into faster access to data and applications on the cloud. Salespeople or front office staff will have the ability to serve customers without delay and communicate with them in real time without dropouts.

Unreliable internet connections often mean real costs to the business: any unplanned downtime can bring business communication and production itself to a complete halt. Fibre optics is significantly more stable than copper and less susceptible to atmospheric events and electrical and human interference: it is therefore preferable in all those contexts where a reliable connection is crucial.

In traditional copper or ethernet internet connections, the signal suffers a degradation directly proportional to the distance from the switch. The signal in a fibre connection degrades much later and over much greater distances: companies that are developed over large spaces can easily benefit from a more stable signal at any point thanks to the installation of fibre.

For companies with a large need to transmit data, sometimes very heavy data, it’s relatively easy to saturate copper-based lines. With fibre, although Internet connections may be limited by the data plans chosen, the available bandwidth is significantly greater. Applications such as web conferencing, streaming, file sharing and cloud tools can benefit greatly from a fibre-based connection.

One of the benefits of fibre is the acquisition of equal speeds in both download and upload, allowing employees to upload large videos while downloading other files, make calls or video conferences in the midst of a multi-gigabyte upload.

Latency is the delay with which a data packet is delivered over an internet connection. Through the optical fibre we eliminate many of the problems related to latency in uses such as video conferencing, phone calls over IP, and in general wherever there is a real-time communication.

Although it may be initially expensive to install or convert your IT ecosystem to fibre optics, the economic benefits in the long run are considerable: having a reliable, fast, symmetrical and durable connection, as we have seen, can help a company avoid drops or interruptions in productivity.
In addition to this, should a company want to progressively adopt on-the-cloud solutions, thanks to fibre it would already be able to use these technologies without slowdowns or expensive upgrades.

Hackers and information thieves can physically intercept copper connections with relative ease: in the case of fibre this is much more complicated if not impossible, limiting the risk of incurring in cyber attacks. In addition, fibre is almost entirely unaffected by electromagnetic interference caused by machinery within the company.

Fibre or Dsl connection for your business?

In this technological age, having a fast and reliable Internet connection is critical. Whether you’re participating in a conference call or accessing mission-critical applications, a stable Internet connection can improve give your business’ productivity and employees’ overall work efficiency a significant boost. But what is the best connection for my company? Is a DSL connection… END_OF_DOCUMENT_TOKEN_TO_BE_REPLACED

Business mobile phone plans are an important opportunity for any team. LinkedIn reports that 57% of sales professionals saw an increase in calls to customers in the last 5 years. There’s a lot to consider when choosing the best cell phone plan for your company. At first glance, you’ll likely be concerned with pricing, coverage hardware… END_OF_DOCUMENT_TOKEN_TO_BE_REPLACED

Reasons To Choose a Prepaid Phone Plan For Your Business

Business mobile phone plans are an important opportunity for any team. LinkedIn reports that 57% of sales professionals saw an increase in calls to customers in the last 5 years. There’s a lot to consider when choosing the best cell phone plan for your company. At first glance, you’ll likely be concerned with pricing, coverage… END_OF_DOCUMENT_TOKEN_TO_BE_REPLACED