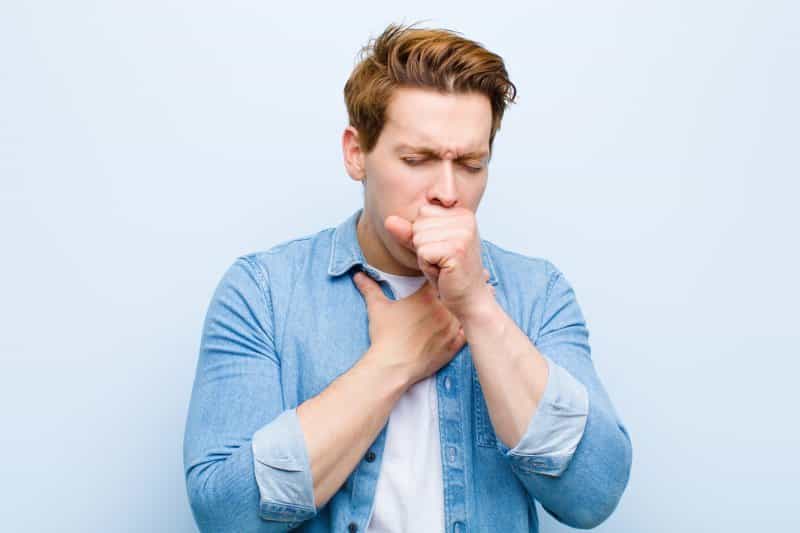 The lungs are 2 spongy organs located in the chest. Inside they have sections, called lobes: 3 for the right lung, 2 for the left one (the heart takes up more space on that side).

During inhalation, air enters the lungs. passing first through the mouth or nose, to then pass through the trachea, which divides into smaller tubes, the bronchi, and into finer branches called bronchioles, on whose ends are the alveoli. They perform the main task of the lungs: they absorb oxygen inspired by the circulatory system, and at the same time extract carbon dioxide from the blood to make it expel during exhalation. Lung diseases often begin in the cells covering bronchi and in parts such as the bronchioles or alveoli. There are 2 main types of lung cancer, with different treatments: Non-small cell lung cancer (NSCLC) and Small cell lung cancer (SCLC).

In about 80-85% of cases, lung cancer presents as NSCLC, which has several subtypes: adenocarcinoma, squamous cell carcinoma and large cell carcinoma. Although they originate from different cell types, they often have similar treatment and prognosis.

Adenocarcinoma: localized in the outer parts of the lung, it typically spreads to cells secreting substances such as mucus; typical of smokers (or former smokers), adenocarcinoma is also the most common type seen in non-smokers. More common in women, it has a greater impact on young people than other types of lung cancer.

Squamous cell carcinoma: often linked to a long coexistence with smoking, they are found in the central part of the lungs, near the bronchi, near the squamous cells, which are flat cells that line the inside of the airways in the lungs.

Large cell (undifferentiated) carcinoma: localizable in any area of the lung, large cell carcinoma grows and spreads rapidly. There is a subtype of this carcinoma, known as large cell neuroendocrine carcinoma, which grows very rapidly and makes it very similar to small cell lung cancer.

For the remaining 10-15% of lung cancer cases, it is SCLC, sometimes referred to as oat cell cancer. This type of lung cancer grows faster than NSCLC; for this reason, at the time of diagnosis, about 70% of people with SCLC will have cancer that has already spread. But as development is rapid, SCLC responds well to chemotherapy and radiation therapy. Downside, Unfortunately, for most people, cancer will come back sooner or later.

Lung cancer is a disease characterised by the presence of malignant tumour in the lungs. It is usually caused by the uncontrolled growth of cell tissues in either or both the lungs.

Despite hard evidence showing that there is no safe level of exposure to the toxin, and repeated attempts to ban it, efforts to combat asbestos have always found obstacles in their way. Sixty countries have banned asbestos, but not the United States. Why?

Mesothelioma is a type of cancer that develops in that outer lining of some organs of the body, mainly linked to exposure to asbestos, a group of minerals made of microscopic fibres that used to be widely used in construction. These tiny fibres can easily get in the lungs, where they get stuck, damaging the… END_OF_DOCUMENT_TOKEN_TO_BE_REPLACED